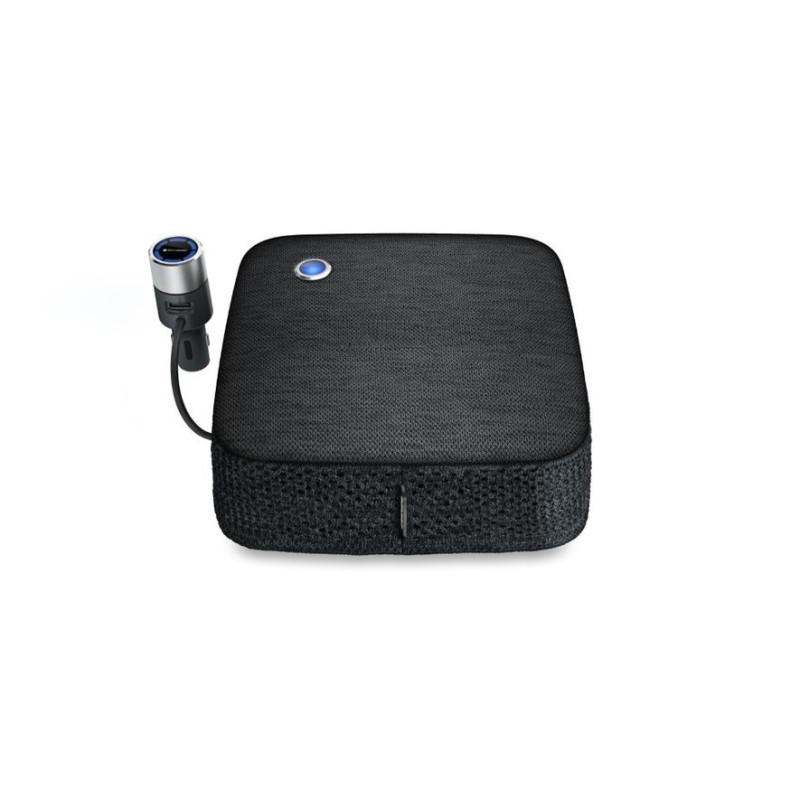 The air in cars is up to 100% more polluted than on the road outside, research shows. This is due to the direct flow of exhausts from the own car and other vehicles on the road, the off-gassing of volatile organic chemicals (VOCs) from materials used in the car interior, as well as the relatively small volume of enclosed space inside the passenger compartment. In-car air pollution therefore poses greater risks to human health than outdoor air pollution.

Last year, US scientists found that levels of soot and chemicals inside cars were twice as high as those measured by roadside detectors. A few months ago, scientists at London Metropolitan University revealed that car air-conditioning systems can function as breeding grounds for bacteria.

“People spend, on average, about 10 hours a week inside vehicles where exposure to PM2.5, the ultrafine particles harmful to human health, can be up to two times higher than on the street outside said Daniel Hagström, CEO of Blueair Cabin Air, explaining that “particles from tires and road wear products in combination with exhaust emissions from the own vehicle as well as from other vehicles, enter the cabin through ventilation and air-conditioning systems”.

“To meet the consumer need for clean air in cars, we have therefore expanded our air purification expertise and best-in-class technology to a new segment, which I’m proud to present here today” continued Hagstrom at the launch event in Dubai.

Compact and easy to install, Cabin P2i is equipped with Blueair’s pioneering HEPASilent™ technology, which filters out at least 99.97% of airborne pollutants such as PM2.5, car exhausts, road wear, smoke, dust, soot, sand, pollen, bacteria and viruses as small as 0.1 micron in size. Sustainably designed for highest road safety, the Cabin P2i is available for cars, trucks and other road vehicles.

Given the many hours spent on the road, a staggering 72% of consumers are worried about the impact the air circulating inside their cars may have on themselves and their families. The same number, 72% of people asked, also said that they are aware of the negative health effects of breathing polluted air, reveals a survey carried out for Blueair by independent UK research firm Bonamy Finch.